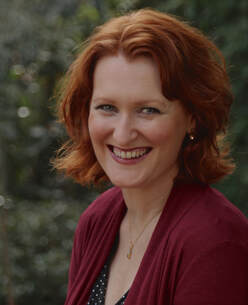 Leisl is a tall red head with an overly large imagination. As a child, she identified strongly with Anne of Green Gables. A voracious reader and a born performer, it came as no surprise to anyone when she did a double major in English Literature and Drama for her BA, then went on to a career as an actor, singer and dancer, as well as script writer, stage manager and musical director for cabaret and theatre restaurants (one of which she co-owned and ran for six years).

After starting a family Leisl stopped performing and instead, began writing the stories that had been plaguing her dreams. Leisl's stories have won and placed in many competitions in Australia and the US, including the STALI, Golden Opportunities, Heart of the West, Linda Howard Award of Excellence, Touch of Magic and many others.

Leisl lives in the leafy suburbs of Melbourne with her two beautiful boys, lovely hubby, overly spunky dog, Buffy, and likes to spend time with family and friends. She sometimes sings in a choir and works as a swim teacher in her day-to-day job.

Visit our leisl-leighton shelf on Goodreads: