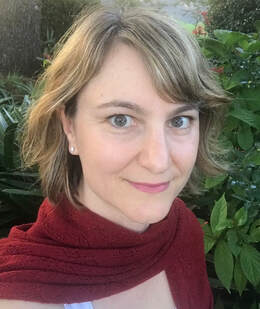 Adina West grew up on a remote property on Australia’s east coast, in country New South Wales. She spent most of her childhood curled up with a book, and her first teenage job was shelving books at the local library, where she was cautioned more than once for reading them instead of putting them away.

Her first stories were laboriously typed up with two fingers on her parents’ old typewriter. Her dream of one day being a published writer progressed much faster after she learned to touch type and switched to a computer.

Now, Adina lives in Sydney’s leafy north-west with her husband (aka IT man on her blog), two children, and a couple of unwelcome possums who really don’t know how to take a hint. Her debut novel Dark Child, a new-age paranormal fantasy, is being released as a serialised e-novel by Pan Macmillan’s Momentum books starting February 2013. It’s an eclectic mix of ancient and modern, tarot, astrology, suspense and romance, and she loves that writing it made watching Vampire Diaries necessary research.

Visit our adina-west shelf on Goodreads: