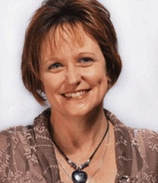 Juanita graduated from the Australian College QED, Bondi with a diploma in Proofreading, Editing and Publishing, and achieved her dream of becoming a published author in 2012 with the release of her debut romantic suspense, Fly Away Peta (recently re-released as Under Shadow of Doubt).
Under the Hood followed in 2013 as one of the first releases from Harlequin's digital pioneer, Escape Publishing.

In 2014 Juanita was nominated for the Lynn Wilding (Romance Writers of Australia) Volunteer Award, and was a finalist in the Romance Writers Australia Romantic Book of the Year and the Australian Romance Readers Awards in 2014 and 2016.  Her rural romances have made the Amazon bestseller and top 100 lists. Juanita writes mostly contemporary and rural romantic suspense but also likes to dabble in the ponds of Paranormal with Greek gods brought to life in the 21st century.

She escapes the real world to write stories starring spirited heroines who give the hero a run for his money before giving in.  When she’s not writing, Juanita is mother to three boys and a Daschund named Sam, and has a passion for fast cars and country living.

Other places you can find her are:

visit our juanita-kees shelf on Goodreads