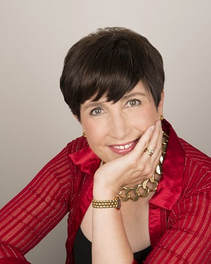 Bernadette Rowley is a lover of epic fantasy who is a veterinarian by day and an author by night. She is currently published in the genre of fantasy/paranormal romance with six books, all set in her fantasy world of Thorius.

When she was a young teenager, an aunt gave her a copy of The Sword of Shannara by Terry Brooks and Bernadette has lived in various fantasy worlds ever since. So it’s no surprise that her chosen genre when writing romance is fantasy.

“I can see these settings so vibrantly in my mind and hope my readers can too.”
But Bernadette has no desire to spoon-feed her readers by laboriously describing her fantasy settings. She would rather the reader use their own imagination a little.
Along with sword and sorcery, dashing heroes and stunning heroines, this author includes strong healing themes in many of her books- an element which is central to her everyday job.

“When I started writing this series, I never imagined my day job would force its way into my stories as it has.”
​
And of course there are animals, especially Bernadette’s beloved horses, as well.
Bernadette lives in Brisbane, Australia, with the four heroes in her life- her husband Michael and three grown sons.

Visit our bernadette-rowley shelf on Goodreads: